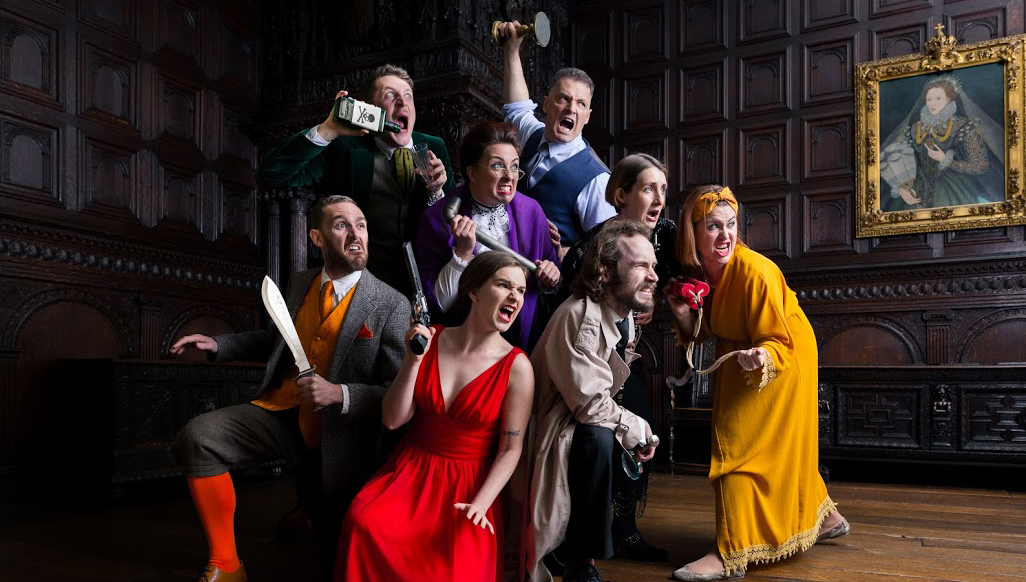 Seeing as Bristol is such a thriving hub in the UK for all varieties of performing arts, we caught up with Luke from the Bristol Improv Theatre to chat with him about working for a venue that hosts both performances and workshops.

Hi Luke, can you tell us a bit about you, a bit about the company and what kind of things you do?
Of course. I'm the marketing manager at the Bristol Improv Theatre, I started in January this year after working for a few different venues around Bristol and Bath in various roles. I am also an improviser myself in my spare time so I came to the Improv Theatre, I saw the job going and I thought it sounded perfect. The Improv Theatre itself has been running in its current guise since March 2017, but before it was a Polish ex-servicemen’s Club which had a stage and a performance area, and the people who run the Bristol improv Theatre ran events there under the name ‘Bristol Improv Theatre’. The Polish ex-serviceman’s club decided to sell the building and they offered it to the Improv Theatre as they wanted to maintain the community vibe of the space so they managed to raise enough money through private investment and crowdfunding to get enough money to essentially buy the building. There used to be a raised stage area, but they swapped it round so that the stage is on the floor and added in a seating rake. It's such a great space to perform in; we have loads of acts who actually say it's their favourite performance space!

Are you a fan of improv yourself?
Yeah, I'm in a few groups myself! I run with a group of friends a monthly show called the ‘Antics Joke Show’, we’re called ‘Up the Antics’, and we've run it for about two years. We started at a very Bristol venue of the basement of a vegan cafe…

That is so Bristol isn't it!
Exactly! We started selling out the shows about a week in advance, so we’re doing quite well in the area. I'm in a couple of other teams as well, but there's quite a few teams made up of improvisers in the Bristol community. There are few other gigs that aren't at the Improv Theatre, but the Improv Theatre is one of the ways these people meet and then they make their own team and create their own nights.

And you also offer workshops at the BIT as well as just a performance space...
Yeah, there are few courses. The main ones are ‘Discovering Improv’ which is for anyone who wants to start learning about improv, and then ‘Performing Improv’ which is like a 101 and 201 for improv performers, except you don't have to do to ‘discovering’ to do ‘performing’, but the other one is just for people who are a little bit more experienced. Not necessarily with improv experience, but people who are actors who have had a bit more of a grounding. Discovering Improv is a 6 week course, and Performing Improv is actually four different courses that happen throughout the year. One of them is ‘storytelling’, one is ‘creating characters’ one is ‘singing songs’ and one of them is ‘scene-work’. So they're the courses throughout the year, and lots of people do discovering and then do all four performing courses. It's sometimes how teams develop, with the same people who have those cohorts who have gone through those courses.

That's really cool! So it's like a little hub where future groups of people can perform together. I think the important thing about improv that I've learnt recently is it's all about knowing the people around you, and once you know them inside and out, you can bounce off people's energy a lot better. So that's really cool that that's something that you guys offer!
And with my group Up The Antics, we just know each other like the back of our hands. It's about that group mind; my group met uni almost 8 years ago, so there's no second guessing what anybody else is thinking. We’re also just really close friends so we hang out regularly which is really nice.

Also because it's improv, it's different every single time so you can get a cult following for each group which I think is really cool. In terms of actually selling the tickets for the show, do find it's easier to market and sell improv shows?
I guess yes because you have that hook saying it's different every time. 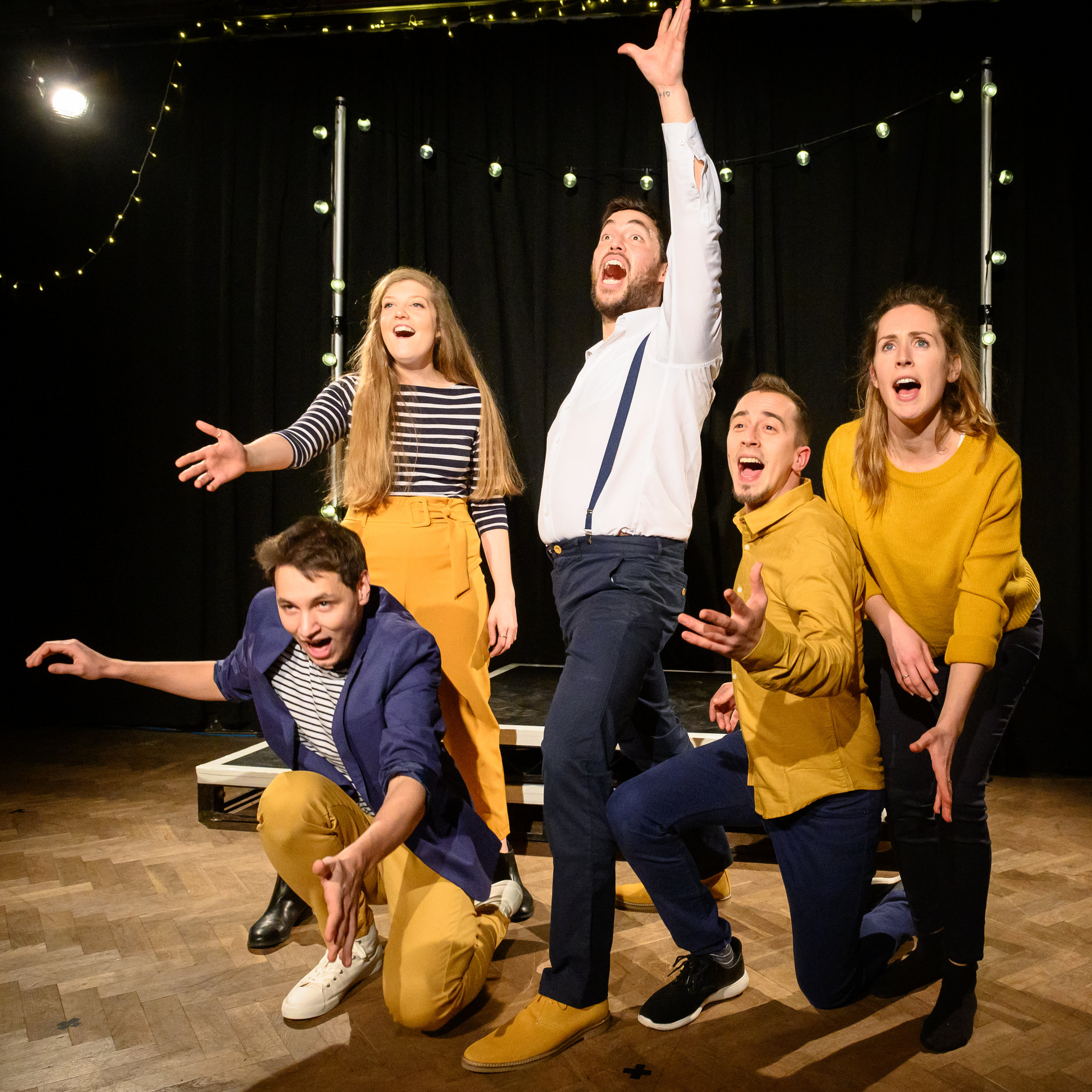 A lot of people think that theatre is very London-centric, I think it's important to remember that theatre is happening all over. Do you think it's different doing a show here as opposed to doing a show in London?
I think it's easier to get stage time in front of large audiences. I think in London it's more competitive in terms of what you can do on one night - I did stand up for a few years and I would do stand up to a full room in Bristol, but I would go to London and I couldn't get a full room. It was all mates of the other standups! We have quite a good following in Bristol, you see the same names on the list so that’s really nice to know that we’re giving something to people and they don’t have to travel far for it.

How did you hear about Ticket Tailor, and how are you finding using it?
I was actually referred to it by a friend who runs a classical music group called Insight Ensemble, who perform classical music in unexpected places. She referred Ticket Tailor to me when I started at the BIT. There were moans about the ticketing system we were using essentially not being fit for what we were wanting to use it for, it was more for selling merchandise. It just didn't have the same functionality, so you couldn't set a concession price, you had to do it as a promotion code. Ticket Tailor was just so good for us to set up a concession price. I’m a bit of a ticketing nerd myself being a box office manager at my previous job, we were using spektrix which are obviously a high-end ticketing system, but it’s really for arts organisations that make a higher revenue than us. So when we got Ticket Tailor there was so much functionality, such as integrating it to all of the apps like MailChimp, that was the best!

Did you find it easy to set up?
Yeah really no problems, apart from the fact that I didn't know how to set concession prices. But having that dialogue that you can have with that support person consistently was really useful. If we had any questions as well we could just shoot them a question. Everything else is great, the app integrations are great and seeing a financial breakdown afterwards is also really good, it’s nice to see how many donations for each event you got which is great as well!

One of the fantastic things about the Bristol Improv Theatre is that they have many well established improv groups come to perform there on repeatedly. This can only mean that the BIT is every BIT as fantastic as it would appear, and they’ve managed to successfully obtain a repeat audience following that ensures bums on seats. What more could a venue want! The Bristol Improv Theatre have many events all through the month. We’re over the moon that they’ve decided to use Ticket Tailor to make their events run smoothly!

Got something you’d like to share? Tell me your story at stephanie@tickettailor.com for a chance to be featured as one of our Client Spotlights in the near future!