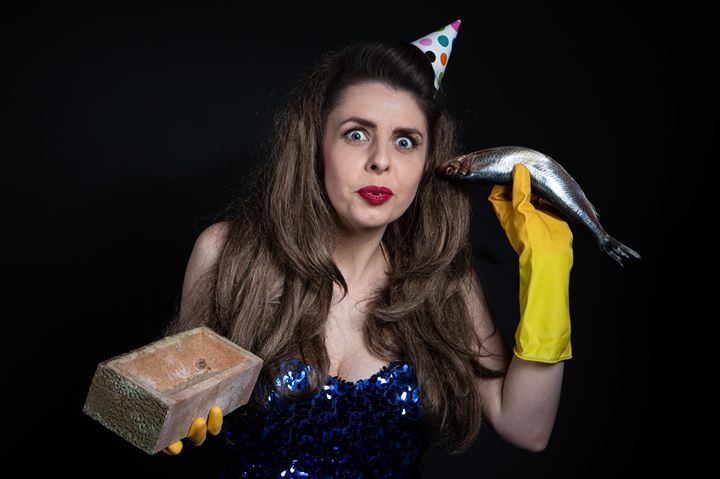 To finish up with our #TheatreMonth Client Spotlights, we caught up with Holly from the Alma Tavern and Theatre to see what they bring to the Bristol scene.

Thank you very much for meeting with me today, can you tell us a bit about the Alma Theatre and what you do there?
The Alma Theatre has been running for 22 years, it's the oldest pub theatre in the south west of England! We used to be managed by a company called ‘Theatre West’, who specialise in new writing; they said once they left here they wanted to focus more on previews around the southwest so I took over, and I'm just here to try and program as many different diverse seasons as possible. A lot of it is new writing and locally made theatre, but we also get a lot of touring shows around the country as well.

What do you think about the Bristol scene?
We've got a large amount of theatre companies coming in every year and every month with new shows, so we need to make sure that with all of these different companies, everyone has the space to have their voice heard within Bristol: within our venue and other fringe venues here.  Luckily Bristol's got very supportive network, so there are loads of people interested in making interesting work and seeing stuff. We've also got Theatre Bristol which helps support local producers and emerging artist any way they can, and I don't see this happening as prevalent in the rest of the country.

I think a lot of people think that in order to create Theatre you have to go straight to London, and I think it's really important to realise that Theatre isn't just West End...
No and that's the thing with Bristol, it's a really good launch point because so there's so many people making work here and for the size of the city there's quite a lot of Fringe venues, so I think you get a lot more playful and creative things happening. Whereas if you go to London, it's so hard to pay your rent that the whole thing is so serious, and I think that's one of the things about everybody being so supportive here because it's such a creative space that it's just easy to find people who are like minded.

For the people who are looking to put productions on, and in terms of the Alma Theatre hosting incoming companies, do you have some kind of vetting system at all? Do you have a quality control on it or is it moreover whoever wants to use the space can?
It depends, generally you can tell the quality of their work by the way that people present themselves when they get in touch with you. But having said that, I don't want to stop people who are working with a very initial starting point of their process to not be able to put stuff on stage. We don't want to say “you're not good enough, you can't have the space.”  A lot of people who have come here have gone on to do thingd in other venues around the city -it's testament to the fact that you shouldn't just look at somebody who isn't good at writing emails and say ‘Sorry, you can't bring your things here!’. It helps if I've got a brief and some artwork to show that they are taking the production seriously.

What kind of in-house shows do you have?
We mainly focus on classics, so we've done ‘A Doll’s House’, ‘Abigail's Party’, ‘Dorian Grey’,  we've done five in-house productions but I am hoping by the end of the year will have done our sixth and seventh as well.

In terms of the process as getting those texts, do you find it difficult or complicated to obtain rights?
For the most part it's not that difficult. People want you to put on shows, it's good for the writers and it's good for arts. But for example,  we wanted to do a Pinter show in the autumn, but because they have just done Pinter at the Pinter, and it was done really well, those rights are limited and they need to make sure that they don't  flood the market with Pinter so people will get bored with it. So they want to hold these rights back and will only give a few out. It's the same with Mike Leigh’s work, only one professional company can do his work in the country at any time. I wouldn't say it's particularly hard, but you've just got to open up a dialogue. Places like Samuel French make it really easy; they have an online platform where you just type in everything that you need to know and they just send you an invoice saying you can have the rights. 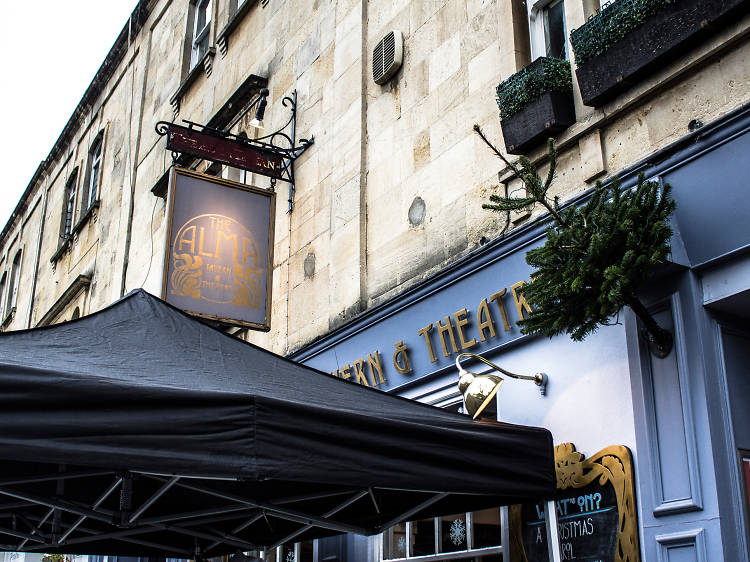 Can you tell us about the performance space at the Alma?
It's 5 m by 5.5 m and it's a black box. We have theatre drapes which make it smaller but also help reduce sound reverb and noise spreading from other sections of the building, but not everyone uses them. We never use them, we always completely transform the space. It's a very versatile space. The seats are tiered so everyone's got a great view.

That's really good, because it’s a bit irritating when you go to the theatre and you’re sat right behind that person who's really tall or has big hair!
Although one thing to say is, and we’re hoping to try and get funding in the next 18 months, but it does get very warm in there because it's a black box.  The lanterns gets so hot and the space is small in comparison, so it just heats up quite quickly.

Well, fingers crossed that you get the funding for that soon as well!  So in terms of the ticketing side of things, how did you hear about Ticket Tailor and why did you start using us?
We started using Ticket Tailor in January of this year. Our website has been falling apart because it had been built on and we were just struggling with all of the latest addons and things that we needed to keep it going. We've been looking at various other different ticketing sites and most of them didn't work for us. We started using a bristol-based one which really didn't work for us because we need to have the autonomy for back of house; being able to adjust things and change things. It became a very pressing matter as we had shows coming in and it was looking like it was sold out so we just had to make the decision there and then.Someone had suggested you to us and it's been for the most part working really really well. I think the one thing that I've heard is that they like the flexibility of it and the fact that you can see everything.

As a producer, do you have any advice for anyone who is looking to set up their own Theatre Company?
Make sure that you have a good team around you, it's not something that I could have done by myself at all so having the team is very important. To have someone on the team who is good at creating visual aids, so posters, social media posts when you have when you're trying to promote a show and you're promoting it with stuff that looks second rates it automatically makes people have an opinion about your show which might not be the case it might be a fantastic show but if you don't have that person who's got an eye for design no one will know that it's a great show, so it's really important to be able to catch people's attention.

What a an interesting insight into the works behind such a fantastic venue. Thanks so much to Holly for taking the time to speak with me, and for using Ticket Tailor!