Dubbed the "Kings of the capital's hip-hop scene" by Time Out, The Doctor's Orders have established themselves as a major player in the UK nightlife scene, hosting year-round club nights and concerts throughout the country.

With a core fanbase of hip-hop followers, The Doctor'''s Orders live by the ethos of unpretentious parties for fans of real music, who care more about feeling good than looking good. It's proving successful. Now in their 13th year, The Doctor's Orders have attracted a who's who list of the world's best DJs and artists including the likes of DJ Jazzy Jeff, Gilles Peterson and KRS One. 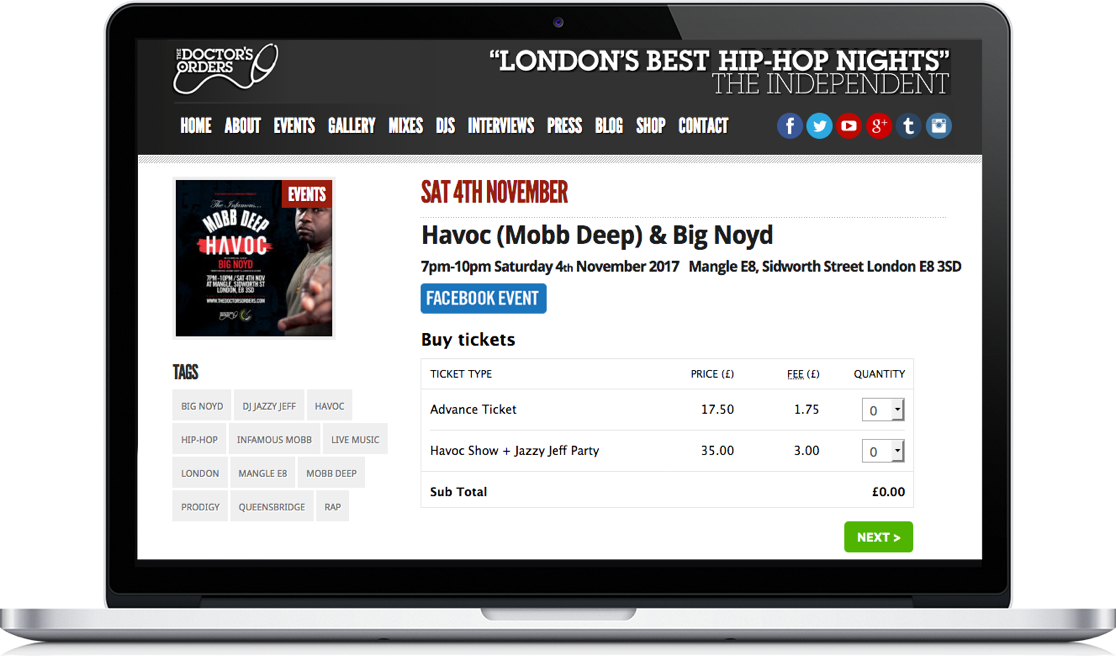 With Ticket Tailor, the money gets credited immediately when someone buys a ticket!

We have the lowest fees in the industry providing huge savings. You can either pass these savings onto your ticket buyers or you have the option to apply your own booking fees which you keep, increasing your total revenue. We think this is a much fairer approach to ticketing.

See how much you can save

How many tickets are you selling per month?

How much do your tickets cost?

Save $ a month with Ticket Tailor's plan

Based on having at least 2 ticket types on sale, and an average of 2 tickets purchased per transaction. Prices shown exclude VAT. Local VAT rates apply.

Everything you need to sell tickets